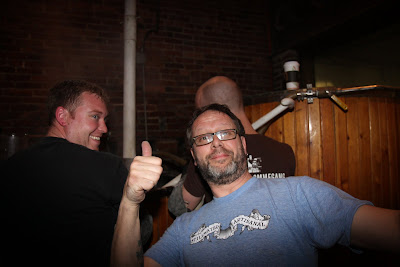 Well, it's not Belgian beer, but there are some Belgian-inspired
beauties on the list, nonetheless.

Not to mention that fact that Pratt Street Alehouse brewmaster
Steve Jones will have some goodies to show off on his home turf. 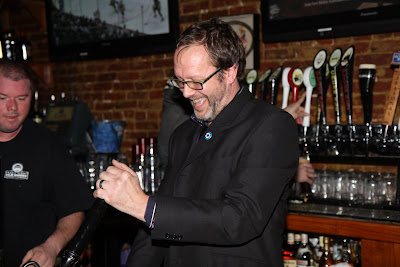 (Photo, above: Steve Jones pulling a cask pint behind
the bar at Pratt Street Alehouse.)

Here are the details:

Three Stillwater casks and a whole lot or other goodies.
I'm thinking this is going to be a fun day.
Come on out and join us and have a great time.
Posted by Chuck Cook at 8:27 PM