Baltimore Beer Week 2010: a look back 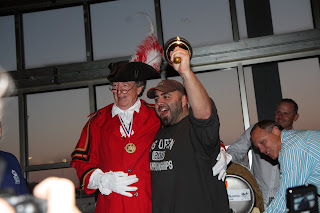 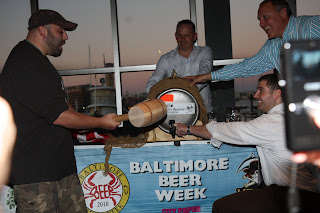 Photos, above: Duff Goldman of Ace of Cakes rings in
Baltimore Beer Week, and pounds in the tap on a firkin of
Clipper City Loose Cannon, officially beginning the eleven day
celebration of all things beery in Charm City on October 7.

Now we can all sleep again. Whew.

Here's a photographic look at some of the events of the week. 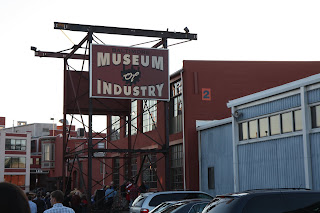 Photo, above: Baltimore's Museum of Industry, site of
the opening tap celebration. 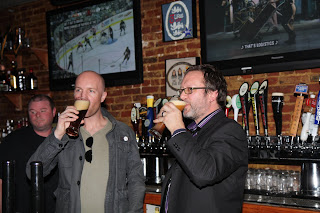 Photo, above: Brian Strumke of Stillwater Artisanal Ales
and Steve Jones of Pratt Street Alehouse at the release of
Channel Crossing number 2, on Thursday October 7th. 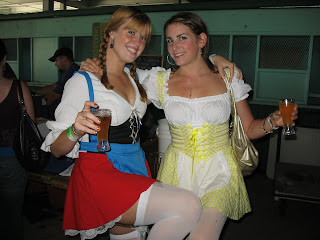 Photo, above: Melanie (left) and Lindsay were two
of the loveliest ladies at the Maryland Brewer's Oktoberfest
on Saturday, October 9th. 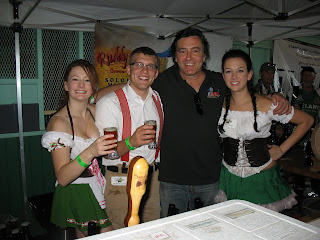 Photo, above: the gang from Ruddy Duck Brewing were
also having a great time at the Oktoberfest. 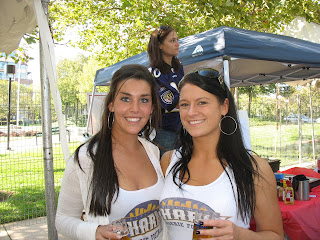 Two of the members of the Charm City Lingerie
Football Team at the Canton Beer fest on October 17. 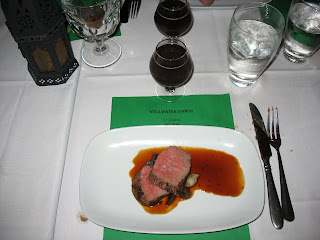 A sumptuous plate of glazed beef, which was one of the
courses at the Stillwater Artisanal Ales Beer Dinner at
Jack's Bistro on October 14. 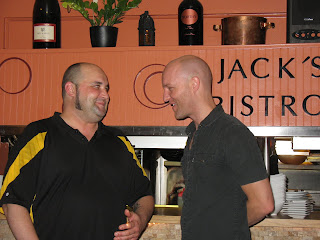 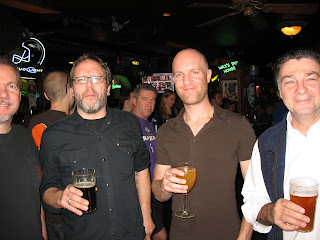 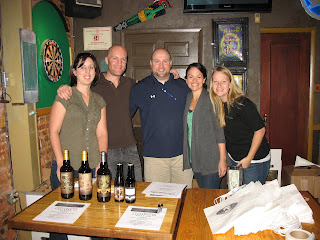 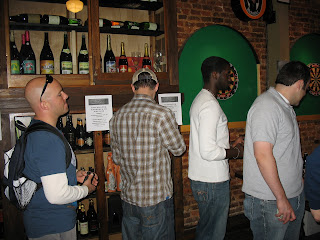 Beer lovers waiting to buy beer at during a special release
event at Max's for Stillwater Artisanal Ales. It was 10 am on
a Sunday morning! 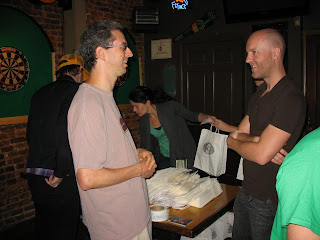 Aaron Goldschmidt talking with Brian Strumke during
the event. 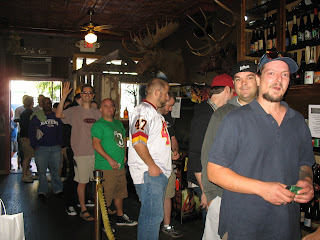 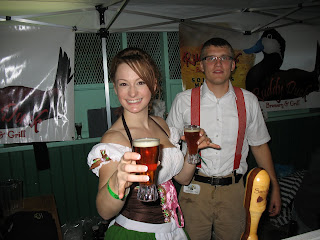 How about one last Oktoberfest beer? Winter is just
around the corner.