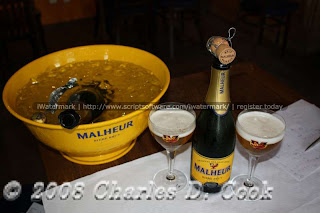 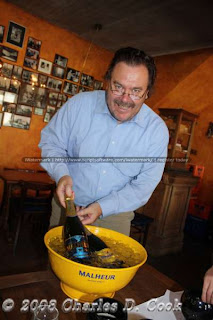 I noticed recently that the url for my article in Celebrator Beer News about Belgium's "Brut" beers, produced in the "Champagne-style" changed sometime last year, and the old, incorrect web url shows on web searches.

The new link is here:

I visited Brouwerij Malheur (De Landtsheer) for a second time in May 2008, with owner Manu de Landtsheer once again my host.

I was joined by Stephen Lipps of Mid-Atlantic Brewing News, and Belgian beer lover Carl Kins of Kortrijk.

After a pretty late night in Ghent the previous Thursday, we were a little slow getting started. It was a tough morning....

Manu arranged for the four of us to be part of a quality control blind tasting, beginning at 10:30 am on Friday May 23.

The beers were served in dark glasses, making it hard tell whether it was a blond or dark beer being tasted, solely by visual means.

Though we did not know for certain what we were being served, I guessed the first beer was Malheur 10. I was right. The problem: Manu's quality control person told us that the beer was available in 33 cl, 75 cl, and on draft, and that of the three glasses of beer we each had, two would be either 33 cl, 75 cl, or draft, and one glass would be of one of the other two serving methods....though we had no idea which. It could be any combination. The goal was: which beer do you prefer, and is one serving style (33 cl 75 cl, or draft) "better" than the other. Turns out we had two glasses of 75 cl and one 33 cl, in this case.

Malheur 10.....what a great way to start a morning.....while on a beer research trip! We also enjoyed Malheur 12, Malheur Brut Reserve and Dark Brut Reserve.

Manu also showed us the building where the old brewery used to be, and other parts of the brewery complex I had not seen on my first visit in 2006.

I think Malheur is producing a lineup of great beers. It is one of my favorite Belgian breweries.

Photos, from top to bottom: 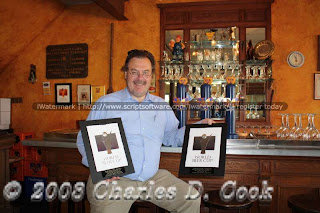 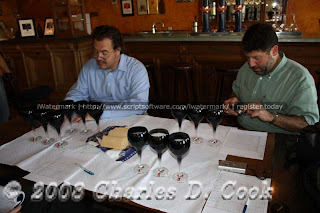 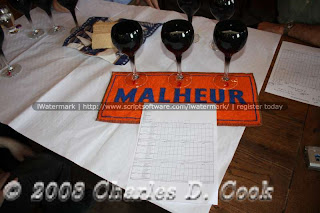 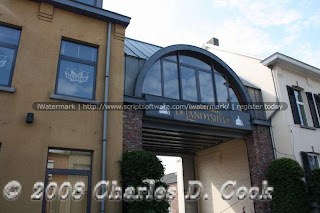 I prefer to drink champagne in a speciall time like when i go out with my boyfriend or when i have an important meeting with my partners. I think this drink is very delicous!!!!
This is the reason why i was interesting to read this wonderful blog. Actually my boyfriend is decided to buy viagra and we going to drink a good champagne this night of course.