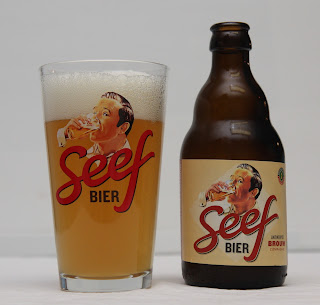 Belgium has a "new" beer, and it's an interesting one. "Seefbier" was
launched in Belgium in March, and what was projected as a
seven-month supply sold out in two weeks!

The driving force behind Seefbier is former Duvel/Moortgat Marketing
Director Johan Van Dyck, with his Antwerpse Brouw Compagnie.
Van Dyck, who lives in Antwerp, became intrigued-even obsessed,
he might tell you-with finding the recipe for a style of beer that was
said to be the most popular one in the city from around 1800 to about
1930. 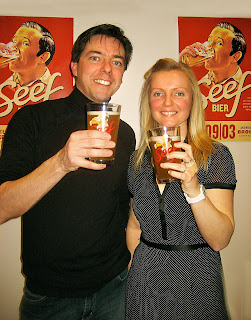 
Seefbier is mentioned numerous times in local historical records.
An 1863 account called it a "white beer that foamed like champagne,
and went to and the head like port." A 1904 account said that it was
a "Poor man's champagne." 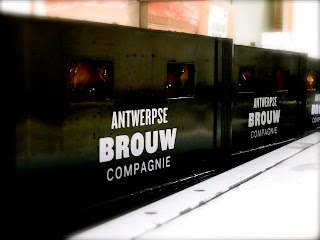 An area of Antwerp called the Seefhoek was actually named after
Seefbier: "In those days, this was the area where all the nightlife,
dance halls and bars were located. Since a beer was at that time
synonymous with Seef, that part of town was nicknamed the beer
area, or Seefhoek," Van Dyck remarked. "In fact, that area is still
called the Seefhoek!" he added. 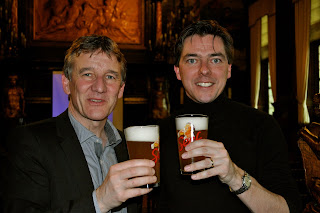 Van Dyck told me during a recent interview: "I searched for two
years to find a recipe. I searched the city archives, old newspapers,
talked with descendants of old brewing families, and even
interviewed elderly people in retirement homes, hoping to find an
old brewer. I finally found a brewer's handwritten notes. At that
point, I knew I needed help to translate this old recipe to modern
brewing equipment." 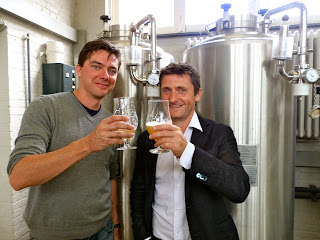 Van Dyck contacted Professor Freddy Delvaux and his son Filip
of the Catholic University of Leuven. Both men are highly respected
scientists in the field of brewing in Belgium, especially in the area of
fermentation. Both agreed to help analyze the recipe and help recreate
Seefbier. 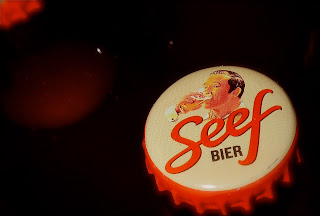 Van Dyck stated: "We test-brewed several batches of Seefbier,
true to the original recipe, with ingredients such as wheat,
buckwheat, oats, malted barley, and Belgian hops, as well as a
historic yeast strain. It is a very cloudy beer, somewhat akin to
a witbier, but without spicing. It’s also a bit stronger, at 6.5% abv.”

Van Dyck continued: "Seefbeer is completely against all current
beer trends in Belgium: everybody is now making extra hopped,
high ABV beers, or other more 'experienced' beers such as sour
brews. Seefbeer is the complete opposite: instead of an complex
or extreme 'sipping' beer, it is a very mild, soft and balanced brew,
with a subtle taste and similar aromas. The bitterness is even lower
that a standard Belgian lager, at 17 ibu."

I tasted the beer at the Zythos Beer Festival in Leuven in April,
and found it an interesting, refreshing brew. But that was a long
weekend with many beers, so I decided to taste it again. Last night.
It is indeed as I remembered, an easy-drinking, cloudy, refreshing
brew with notes of citrus, other fruitiness and light spicing. 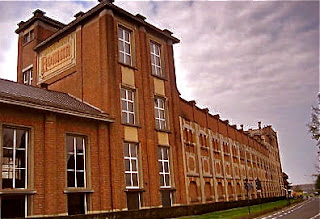 
Seefbier, in fact, already has an accolade under its belt. It
won a Gold Medal in the Belgian "other" style category in
the World Beer Cup Awards in San Diego in May. 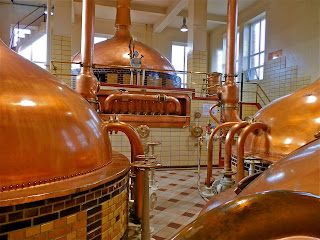 Seefbier is currently brewed at Brouwerij Roman in
Oudenaarde, East Flanders. I visited this brewery in
2007, and it is a great place to have a beer brewed.
It has a beautiful brewhouse with copper kettles and
other historic equipment, and of course modern
fermentation and maturation methods. 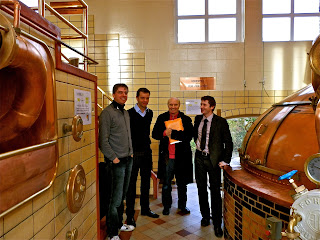 
Roman is a member of The Belgian Family Brewers,
which helps promote and protect traditional Belgian
breweries and beers. There are twenty breweries in the
group, including some of the best in Belgium. See here
for more info. 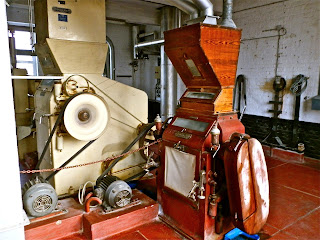 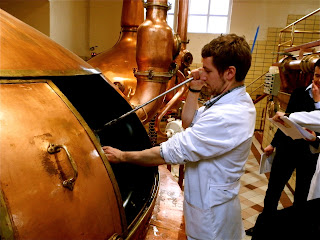 Van Dyck plans to build a brewery in Antwerp to craft
his products, which will likely include more beers in the
future. "We discovered a lot of old recipes in the search
for Seefbier, and we have some ideas about new beers in
the future. First, though, we must meet the demand for
Seefbier," he remarked. 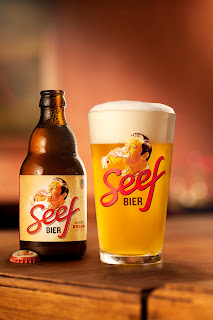 Will we see Seefbier in the U.S.? "As millions of families
emigrated in the 19th century to the U.S. through the port
of Antwerp, the last beer they had before leaving for the
new world was a Seefbier in Antwerp. So it would be great
if their grandchildren could now share in this moment in the
US, also drinking a Seefbier...So we are looking into that!"
Van Dyck commented.