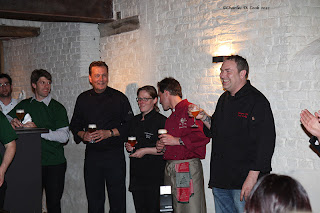 (Photo, above: the chefs at the Great Belgian
Beer Dinner. From left in the black shirt, Christophe
Pelfrene and Stefanie de Vos, of De Bistronoom in
Ostende; then Tom de Four (in maroon shirt) of
De Heeren Van Liedekercke, Denderleeuw; and
Chris Lively of Ebenezer's pub in Lovell, Maine.

The October/November issue of Celebrator Beer News has been out
for a couple of weeks, and I'm happy to report that I have an article
on the Great Belgian Beer Dinner and Tongeren's Stadsbrouwerij
Au Phare on page 7. The entire new issue of Celebrator is on-line
here. Photos from the beer dinner are shown below. 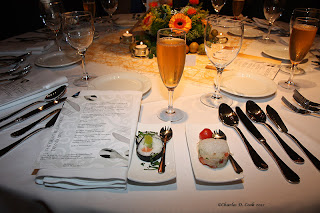 
I wrote a preview of the beer dinner, held April 25th in Roosdaal,
Flemish Brabant, here. 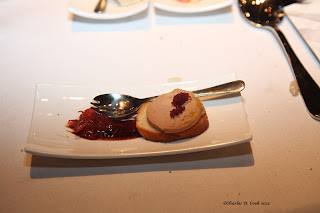 (Photo, above: pate topped with foie gras,
with cherries on the side.)


I visited the excellent new Stadsbrouwerij Au Phare the same day,
for lunch. While Au Phare's brewery was installed at that time, they
will not brew their first beer until October 21st. 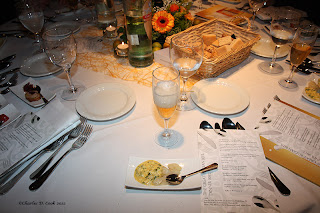 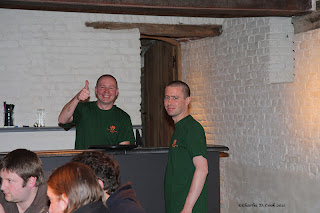 (Photo, above: Publican Joost de Four of
De Heeren Van Liedekercke in Denderleeuw
on the left.) 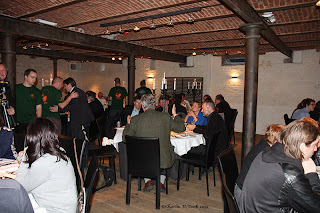 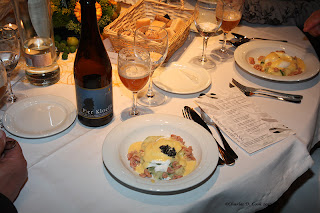 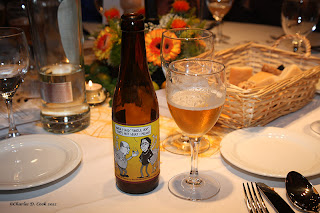 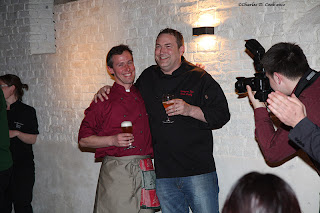 (Photo, above: Tom de Four on the left, from
De Heeren Van Liedekercke, and Christopher
Lively from Ebenezer's in Lovell, Maine.) 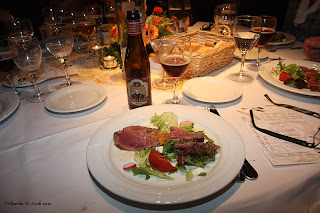 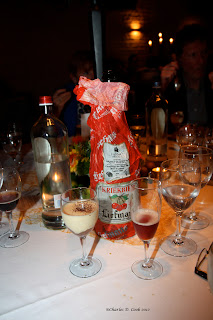