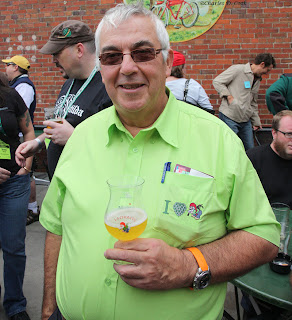 Well, back after two weeks. Summer is tough, eh? With Belgium's
Independence day last Saturday, and other events all last week, no
time to update.

But good news: I just had an article, "Thirty Years of Chouffe Beers,"
published in the August/September issue of Celebrator Beer News. 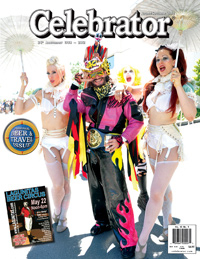 55,000 copies were printed. You can also read the entire issue on-line
here. See page 7 for the start of the article, and page 45 for the end.

I wrote about Brasserie d' Achouffe, its founding, and a short outline
of its history throughout the years. For a full history of the brewery,
you only need to buy a copy of the book, shown below. 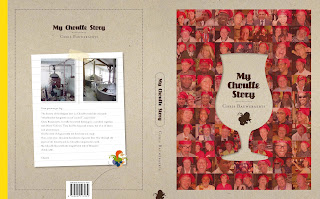 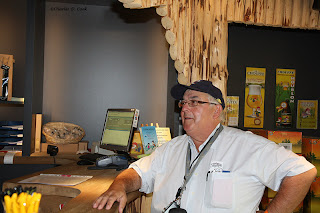 Photo, above: Chris inside the new Chouffe shop.


Authored by Chris Bauweraerts, "My Chouffe Story" was recently
published, and Chris will be selling and signing copies at the
"Belgium Comes to Cooperstown" beer festival the weekend
of August 4. He will also be at the Modeste Bier Festival in Antwerp,
Belgium, on October 6-7. 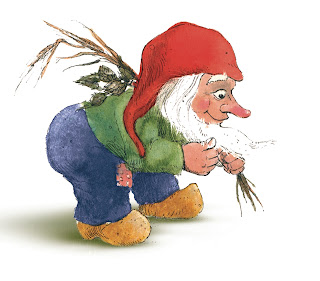 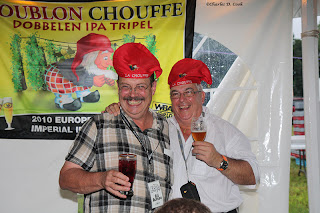 Photo, above: Larry Bennett of Brewery Ommegang
(left) and Chris Bauweraerts at the "Belgium Comes to
Cooperstown" beer festival,  2011


The book contains 224 pages, and weighs in at nearly three pounds.
It is loaded with photos, and printed in four languages. It should be
available shortly in the U.S.
So get a copy...and enjoy! 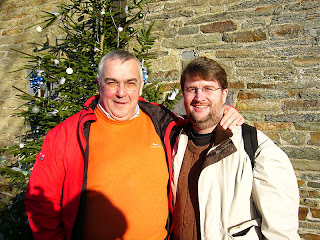 Photo, above: Chris and I outside Les 3 Fourquets
in Gouvy in 2004.