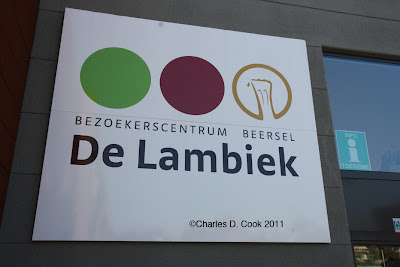 Belgium has a brand-new visitor’s center, and it’s a good one. 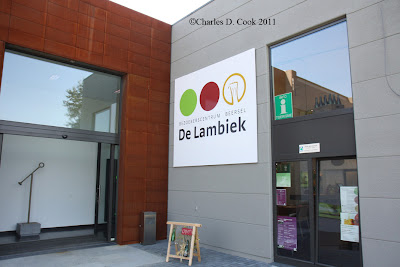 De Lambiek (“The Lambic”) opened on May 14, 2011 in the
village ofAlsemberg, near the town of Beersel. This 1.7 million
euro (about 2.25 million U.S. dollar) project was created on the
initiative of several organizations. 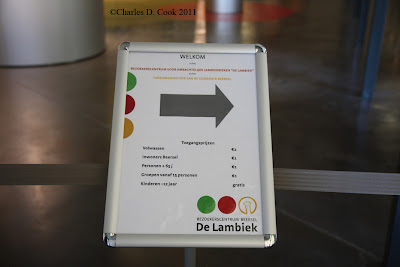 The Municipality of Beersel, with the cooperation of Tourism
Flanders and the Tourist Office of The Province of Flemish
Brabant, as well as HORAL (The High Council for Artisanal
Lambic Beers) collaborated on the venture. 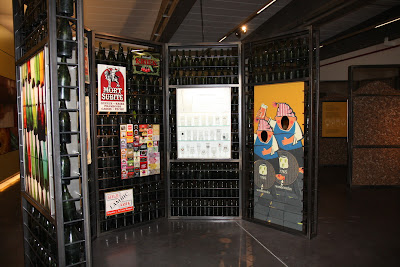 Flemish Brabant is, of course, the locale of the Payottenland:
the home of lambic, geuze and kriek beers. De Lambiek’s
location makes perfect sense, as the Municipality of Beersel
consists of the towns of Alsemberg, Beersel, Dworp,
Huizingen and Lot. 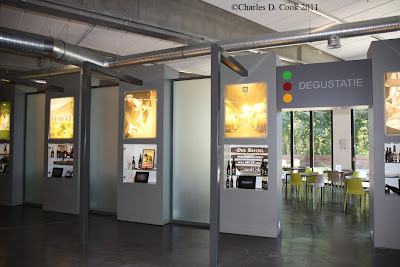 With three of the eight members of HORAL within a few
kilometers, it is an idea location. Brussels is just 12 km away. 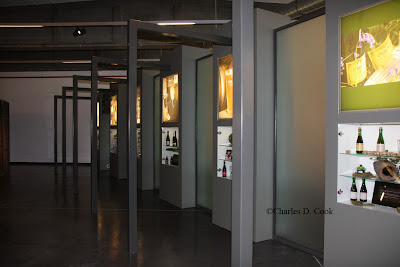 Without doubt, this classy new center is the Payottenland’s
equivalent of the Maison du Vin in Bordeaux. The three
members near De Lambiek are 3 Fonteinen and Oud Beersel
in the town of Beersel, and Hanssens of Dworp. 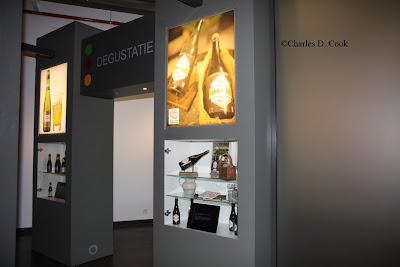 The other seven members are Boon, De Cam, Girardin,
Lindemans, Mort Subite, Timmermans and De Troch.
“This is no museum. It’s a living history center,” my
guide, Peter Aelaerts, head of De Lambiek, told me during
the tour. “It’s a place to see and learn, where all your senses
are stimulated,” he continued. 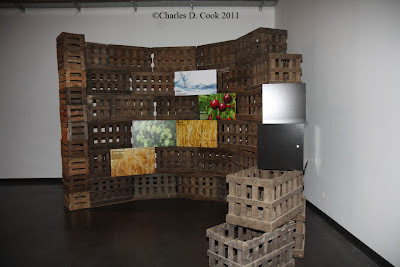 A 100+ seat movie theater provides enough room for even
very large groups to view a 15-minute video about lambic
and geuze production, filmed at HORAL’s member breweries.
The video is offered in four languages and is highly informative. 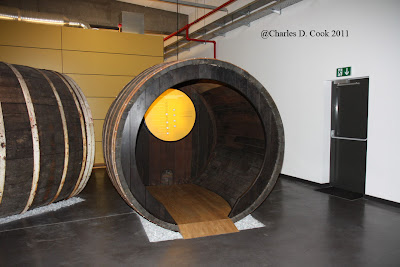 There is a short history of beer from around 500 A.D. to the
present on one of the walls, focusing on lambic. Each
HORAL lambic blender and brewery has its own dedicated
display case to showcase its products. 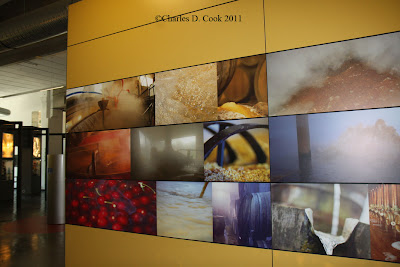 Other highlights include a pair of hollowed out foeders:
large wooden barrels, where you can listen to the sounds
of the Oude Geuze brewing process and match which part
of the process you think is happening in the audio. 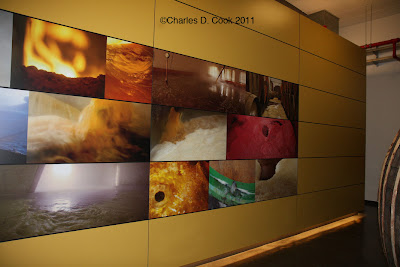 Another interactive display stimulates the olfactory senses:
want to smell cherries, hops, wheat, and barley? You can, here. 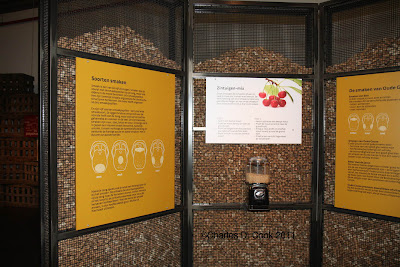 You can also touch these beer ingredients. Perhaps even better,
though, is that you can taste the final product just meters away. 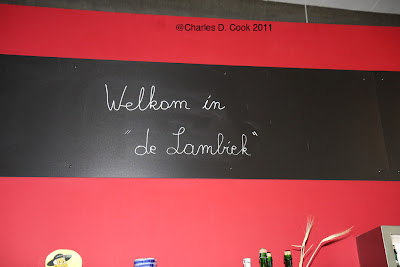 De Lambiek’s tasting room faces the outside in this modern,
bright, airy building, with seating for around 100 inside and
dozens more outside on the patio in nice weather. 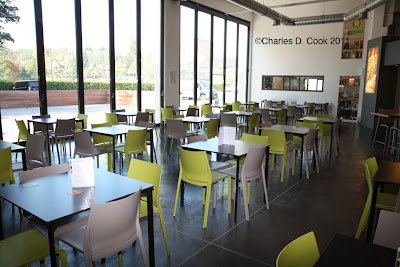 The beer selection is excellent, with 26 different bottled brews
on offer. Prices are “very democratic” as they like to say in
Belgium (meaning, very reasonable!) Oude Geuze and
Oude Kriek are stocked in 375 ml (12.7 ounce) bottles,
making them easy to share, using the special De Lambiek
tasting glasses. 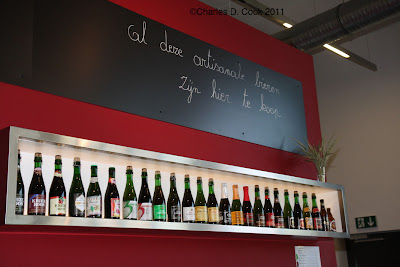 All the Oude Geuze costs 3 euro a bottle, while most of the
Oude Kriek is as well, save a couple. The only 75 cl bottle
on the list during my September 30, 2011 visit was HORAL’s
Oude Geuze Megablend, at a reasonable 12 euro. 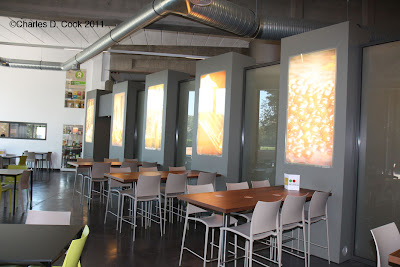 There is always a draft “Beer of the Month” on, and
Oud Beersel’s one year old lambic was it during my
visit. This beer is also offered in bag-in-box, at just
17.25 euro for 5 liters. 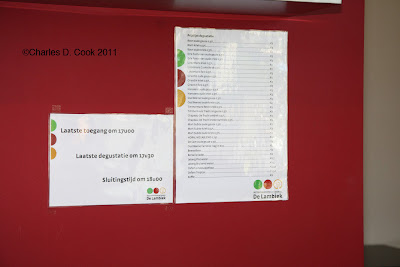 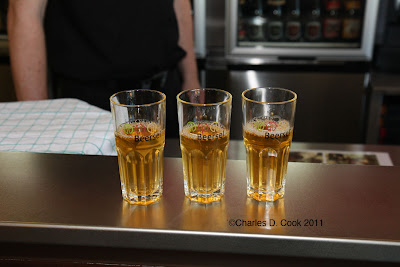 De Lambiek is open from 11am-6pm on Wednesdays,
Fridays, Saturdays and Sundays. Group visits are also
available by appointment on Mondays, Tuesdays and
Thursdays. Cost is 2 euro per person, or 1 euro each
for groups of 15 or more. See: beersel.be. 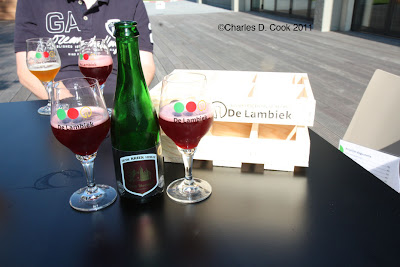 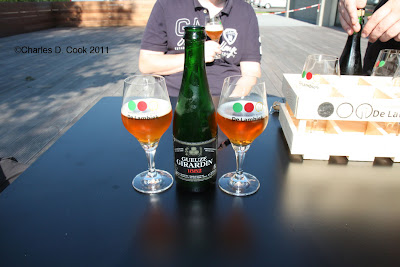 Is the tasting room named for you?