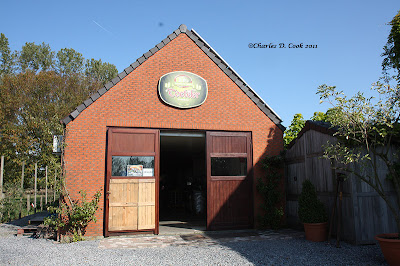 
Last September, I visited a number of interesting new breweries in Belgium. While some were small and some and were big, all were run by enthusiastic people who enjoy tasty, artisanal beers. 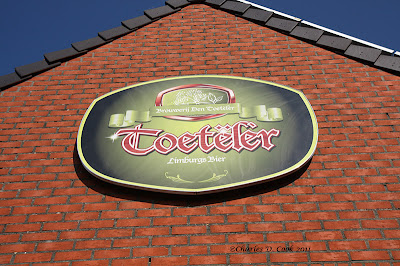 On my first day, September 24, my friend Danny van Tricht was “Bob.” He picked me up at Brussels airport, with our friends Andre Van Gansen and Wim Wouters, and we toured three new breweries in Limburg Province. There's nothing like stepping off a plane and getting right to Belgian Beer Research!

The smallest brewery that Saturday was Brouwerij Den Toetëlèr, in Hoeselt, not far the Dutch city of Maastricht. 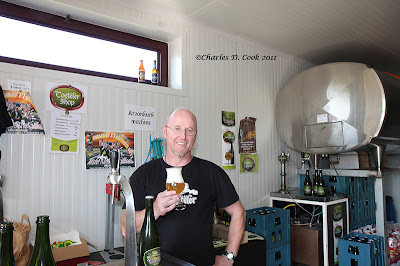 The brewery is located in a former small automotive shop, at the home of Luc Festjens. Luc began homebrewing about ten years ago, when he joined the Bier Gilde in Kortessem, a beer appreciation club. When he closed the mechanic shop, he and Brother-in-law Erwin Duts, joined by Stefaan Huybrehts and Kurt Meers, decided to brew a few beers together. 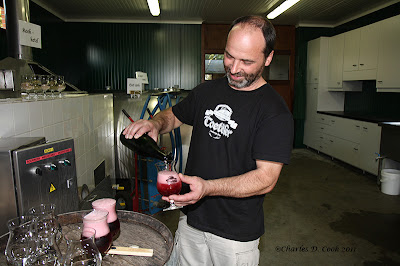 They wanted to do something interesting, and local to their region. So, they brewed a white beer (witbier) and added flowers from an Elderberry tree to it. Those first few batches were consumed (and enjoyed!) by friends and relatives. Elderberry trees are common in that part of Limburg Province, hence the local ingredient.

That first beer was so much appreciated, in fact, that many of their friends said they would buy it. So, the four decided to go professional, and obtained a brewery license in March, 2010. However, they did not sell any beer until Spring, 2011. They sold 120 hectoliters of beer last year, all told. 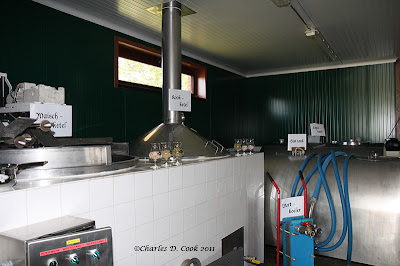 (Photo, above: the brewhouse.)

The brewing equipment comes from a former dairy, modified to brew beer instead of produce milk. The mash tun has a capacity of 800 liters, and the fermentation tank, 2200 liters. Lagering (cold-conditioning) takes place in a 1600-liter tank. 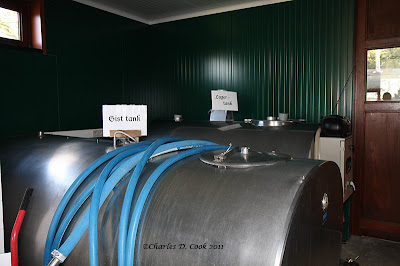 (Photo, above: fermentation and lagering tanks.) 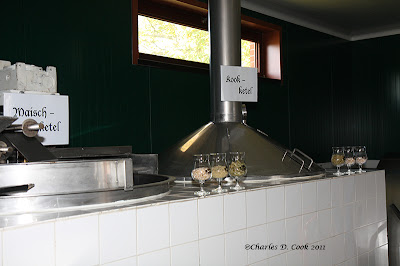 (Photo, above: the mash tun and boiling kettle.)

As the four partners have day jobs, they usually brew on weekends. They always brew two days in a row, typically Saturdays and Sundays. 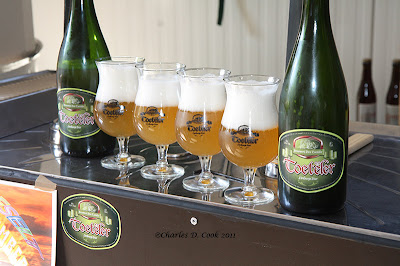 (Photo, above: the Toetëlèr Witbier.)

The Elderberry flowers are added at the end of the boil.

The beer is then bottled or kegged, with refermentation, and undergoes two weeks in a warm room. After this it is put into a cellar for a further two weeks before being sold. “So it is a six week process, overall, for our white beer,” Erwin commented. 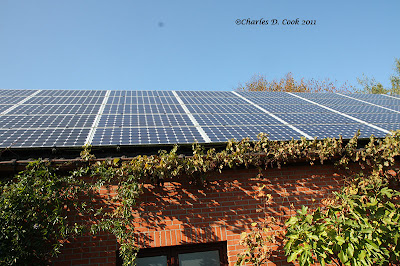 (Photo, above: the brewery is powered by 65 solar panels.)

I found the Toetëlèr Witbier to be very refreshing, with a definite light spicy character. It really hit the spot on an 80 degree summer day! 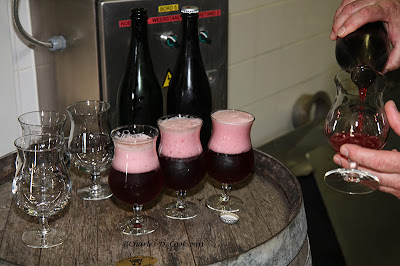 Erwin and Luc also opened an experimental kriek beer, brewed with local cherries, that was very tasty and interesting. 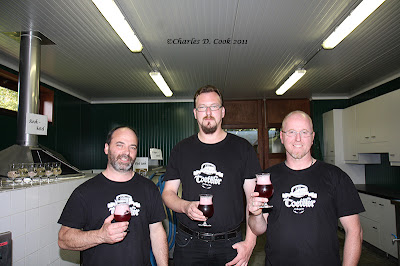 Toetëlèr is the local dialect for an Elderberry tree. Why, you ask? The branches of the tree have a sort of foam that can be removed, and when done so, the branch is hollow. It can then be made into a whistle. In the region, a “toet” is a whistle. Hence, the name of the brewery. “It’s because ‘vlierbloesembier’” was too long a name,” Erwin told me. That name would mean “Elder Flower Beer.”

For more info about Tourism in Flanders, see Flanders Tourism