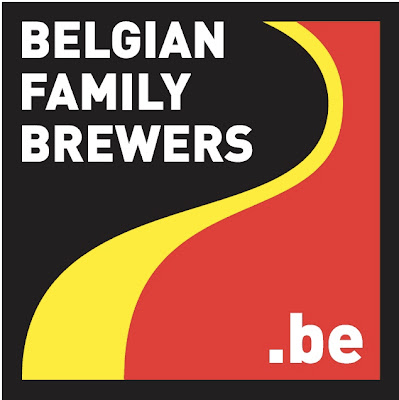 One of the Internet’s most important Belgian beer domain names has been donated to the Belgian Family Brewers Association, and I’m happy to say that yours truly had a hand in it. 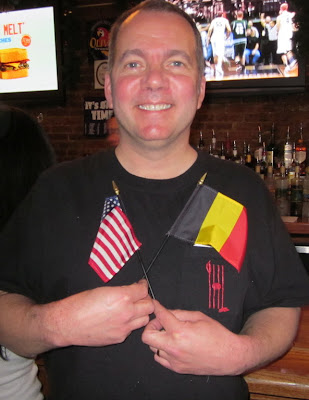 Volker Stewart (pictured above) co-owner of The Brewer’s Art, a brewpub/restaurant in Baltimore, Maryland, registered the domain name in 1996, the same year Brewer’s Art opened.

“I got the domain because we wanted to brew beers that were influenced by the free-spirited nature of Belgian brewers,” Stewart told me. “Also, I’d like to add that as an establishment, we have always promoted the rich and diverse nature of Belgian beers. In fact, we have poured beers from every member of the BFB at some point in time over the years! I registered belgianbeer.com not only to promote my own business, but also to raise awareness of these beers at a time when they were not as well known as they are now,” he added.

He added: I realized within a few years that it was more prudent for me to use a domain name that was more business-specific, and I registered thebrewersart.com. The question remained: What to do with belgianbeer.com?”

“So, I started to think about donating the domain to a worthy Belgian trade/beer promotion organization,” Stewart told me. “that’s when I asked you who you thought would be the best choice, due to your familiarity with the beer scene in Belgium,” he continued.

After giving it some thought, I consulted Wendy Littlefield of Vanberg & DeWulf Importers for a discussion about the candidates I was thinking of recommending to Stewart.

I already had a list, but wanted to ask a few questions of someone that had been importing beer from Belgium to the U.S. for 30 years.

After out talk, I was convinced that The Belgian Family Brewers Association was the right choice, and happily, Stewart agreed.

Then, the long process of transferring the domain began, but that’s a story better told by Stewart and the head of the BFB, Charles Leclef of Brouwerij Het Anker in Mechelen. 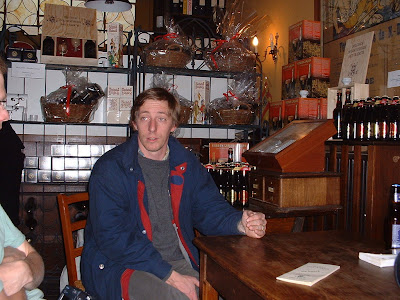 Leclef (pictured above) told me: “As Chairman of the BFB Association, I was both proud and thankful that our group was given the domain name by Volker Stewart. He thought enough of us, and of promoting Belgian beer, to donate the important domain, rather than selling it. It was a very honest attitude on his part part.”

With the new domain comes a newly redesigned website for the BFB, including a video showing parts of the brewing process at each member.

The sixteen members of the BFB produce a lot of great beers. Truth be told, some of my favorite breweries in Belgium are in the group. They craft some great Belgian brews, such as Saison Dupont and Avec les Bons Voeux from Dupont; St. Bernardus 8 and 12; Dubuisson Bush (Scaldis) Noel; Het Anker Hopsinjoor and Classic Brown; Lefebvre Blanche de Bruxelles; Verhaeghe’s Vichtenaar, Bavik’s Petrus Aged Pale Ale; and many others.

I have visited all 16 of the member breweries, some several times.

“The association’s objective is to promote historic, independent family breweries which bring genuine added value to the identity and authenticity of Belgian brewing methods.”

A very worthy goal, and one to support. 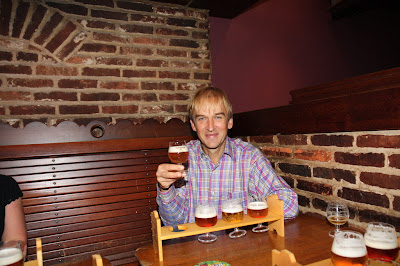 I bought the BFB book this summer when we were in Mechelen at Het Anker. Beautiful book.....this is exciting news!