Belgium, trip 22: a day in the Payottenland 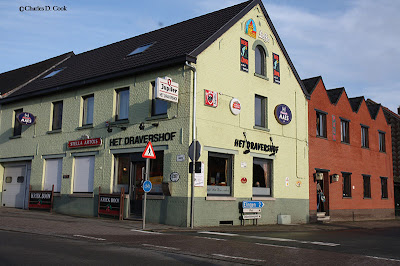 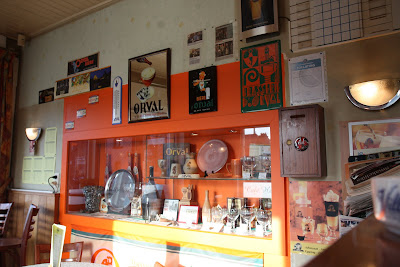 (Photos, above: Cafe 't Dravershof in Pepingen.The
Cafe is an Orval Ambassador, and opens at 9.30 am on
Saturdays and 8.30 am on Sundays.)

Here's a brief look at some of the highlights of day 1 on
my 22nd trip to Belgium.

I landed in Brussels airport at 8.00 on Sunday, 27 February, and
was having a 2005 Oude Geuze Boon Mariage Parfait at 't Dravershof
(an Orval Ambassor cafe) in Pepingen by 9.00. Perhaps record timing?
This was thanks to Belgian beer lover/brewer Gunther Bensch of
Brouwerij Montaigu, who drove me around the Payottenland all day. 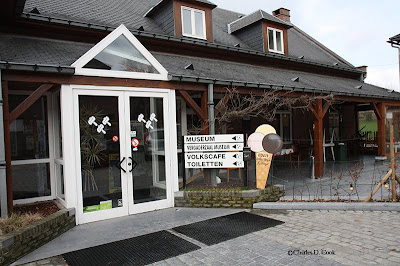 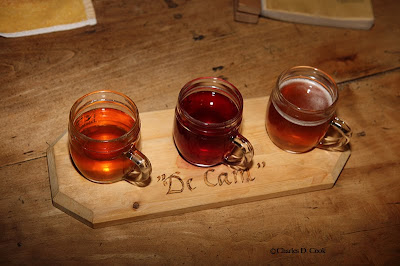 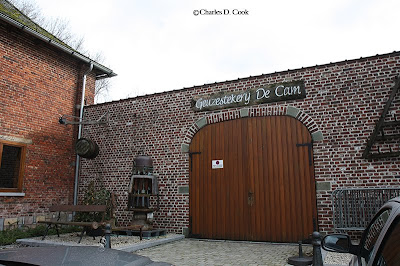 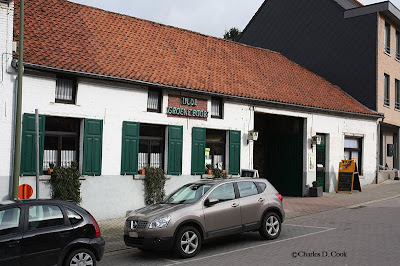 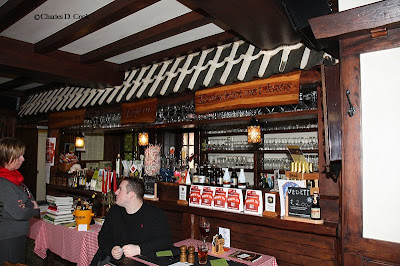 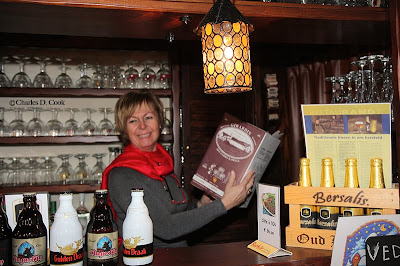 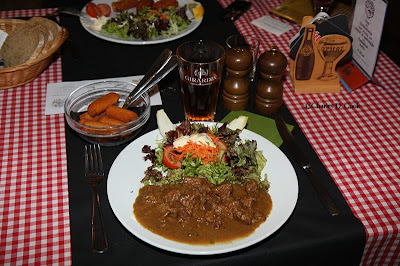 (Photos, above: De Groene Port (The Green Door) in
Gooik. A fine meal of Flemish beer stew with
croquettes and Girardin Oude Lambik from bag-in-box.
Yum!) 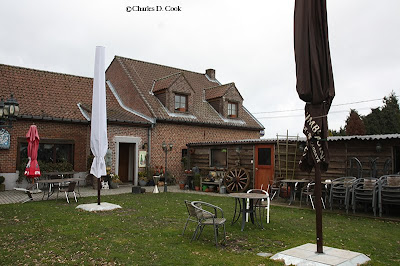 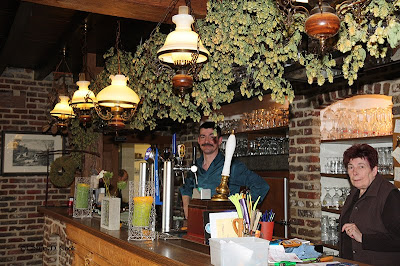 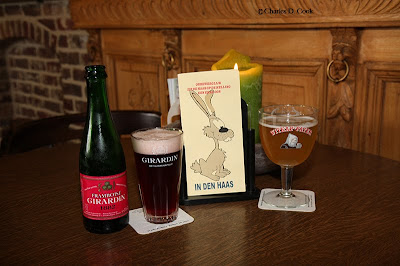 (Photos, above: Den Haas, a country cafe 4 km outside of Gooik.) 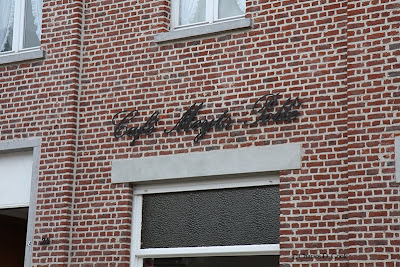 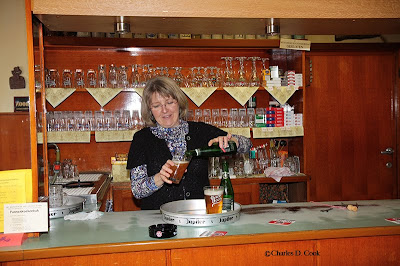 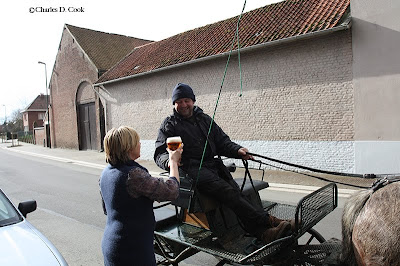 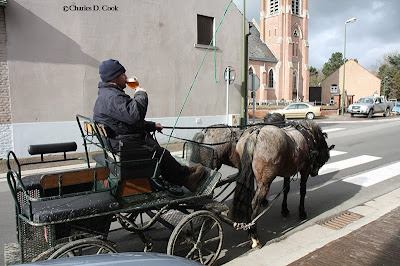 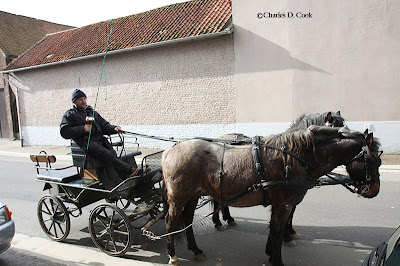 (Photos, above: you can still get roadside service
at Cafe Meyts-Polle in Elingen. You just have to
have to be driving a horse-drawn conveyance of some
sort. Being a local probably helps too.) 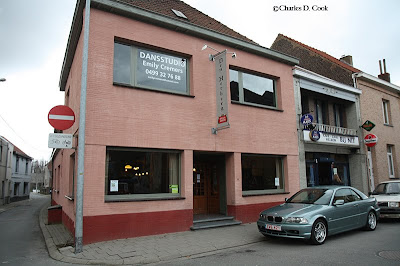 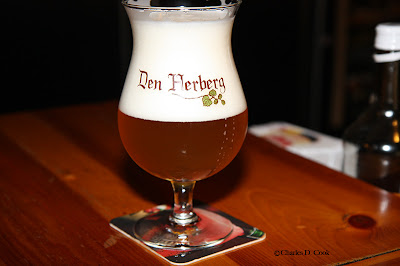 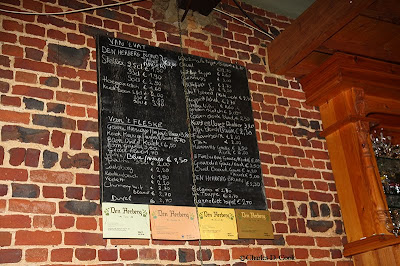 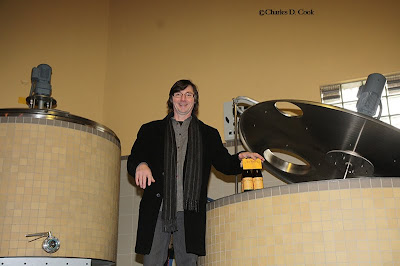 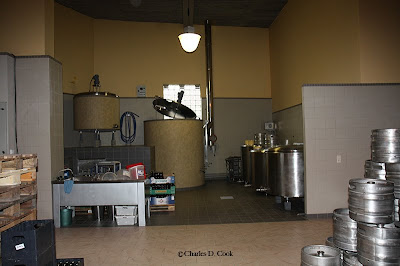 (Photos, above: Brouwerij den Herberg in Buizingen.
They brew less than 200 hectoliters of beer per year.)

Gunther and I also visited Cafe Sportwerld in Itterbeek,
where they have several Girardin beers by the bottle. 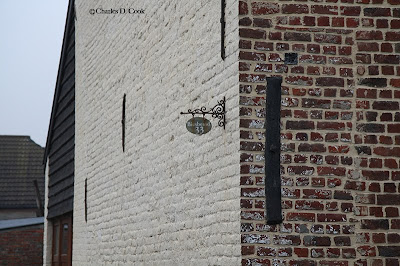 I stayed the night at a brand-new B&B on the grounds of the
old St. Pieters brewery in Neerijse, 11 km south of Leuven.
Not Payottenland, but still in Vlaams Brabant. 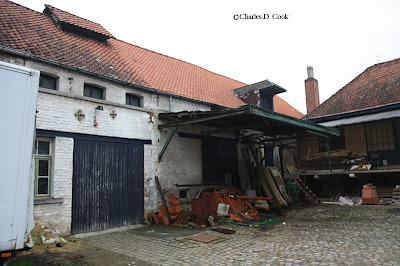 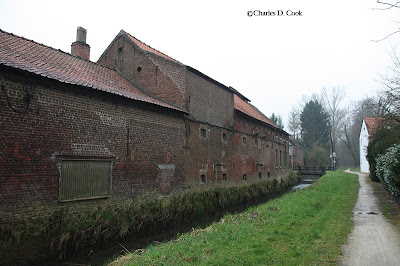 (Photos, above: the main brewery building.) 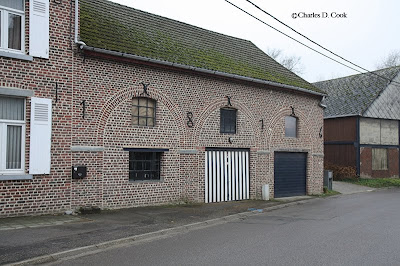 Well, new to it's life as a B&B, but formerly a brewery dating
to 1816. The brewery, also known as Staff's brewery, is still
owned by the Bruffaerts family. 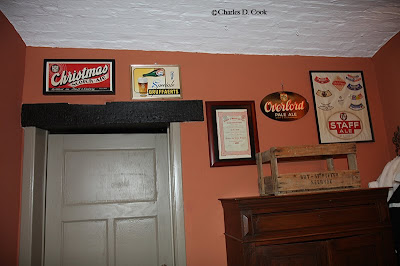 A couple, Liliane and Piet, from Leuven (11 km to the north)
bought two of buildings in the brewery complex a couple
of years ago, and renovated them. Their daughter is an art
student, and has an art gallery in the main house.

Liliane and Piet have two B&B rooms in their main house,
and a newly opened guesthouse behind the main house
that used the be the brewery's garage. There is a courtyard
for warm-weather enjoyment between the two.

Liliane and Piet are beer lovers and welcome beer drinkers
into their B&B. 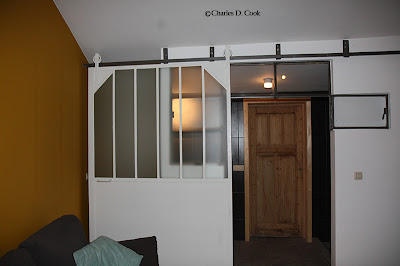 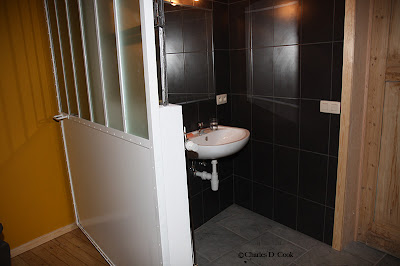 (Photo, above: a garage door inside one of the
bedrooms. It still functions.)

I was the first guest to stay the night in the guesthouse, which
has two large bedrooms and a large living room. The bedrooms
have private ensuite bath and toilet.

The bathroom facilities are completely new and modern.

The couple are very eco-friendly and vegetarians. I enjoyed a
fine breakfast with hard-boiled eggs, breads, Chimay cheese, and
feaux-salami.

See: Biesbemd
Posted by Chuck Cook at 6:14 AM

That place looks amazing! After seeing all these pictures, I'm getting really excited for my FIRST ever trip to Belgium. Would you recommend Leuven over Antwerp?? I'd love to sample as much beer as I can on this trip (have about 4 days only) Will hit Brussels, Ghent & Bruges.