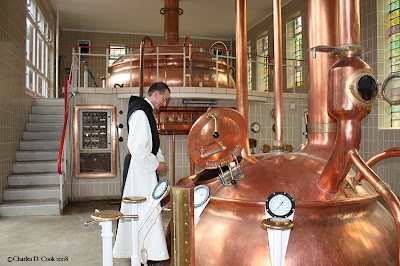 (Photo, above: Brother Pierre, monk in charge of overseeing

the brewery, at brewkettle one.)

L’ Abbaye Notre Dame de St-Remy, best known for their dark, strong, world-classic Rochefort 6, 8 and 10 beers, suffered a very serious fire on the evening of December 30, 2010. Several of the oldest buildings in the Abbey complex were gutted by fire, which started in a building housing several generators. 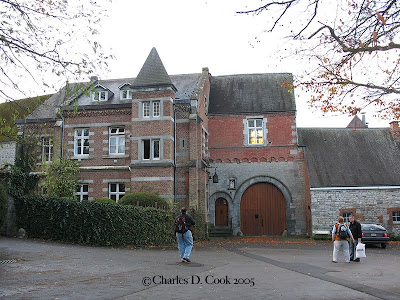 (Photo, above: one of the old brewery buildings hit by the fure.) 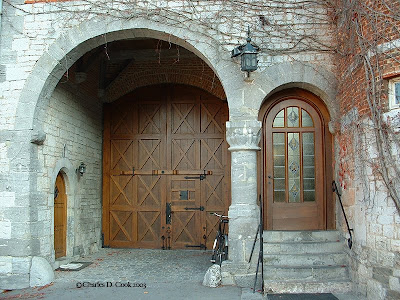 (Photo, above: an old entrance to the Abbey complex.)

These generators were being used to power the Abbey and brewery as cold, snowy whether led to electrical delivery problems in the area. Fortunately, the fire was contained. Rochefort Brewmaster Gumer Santos told me at press time: “There are no critical damages to the brewery, community, library or church. Also, the monk’s sleeping quarters were spared as well.” 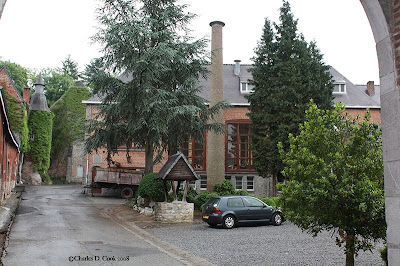 (Photo, above: the brewery as seen from the outside. It is in the

building behind the trees in the center of the image.) 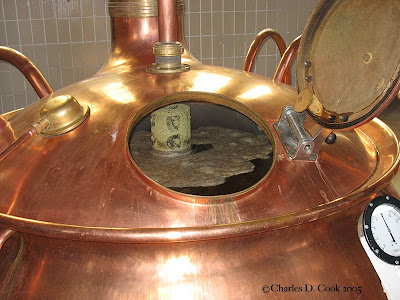 (Photo, above: brewkettle one in action.) 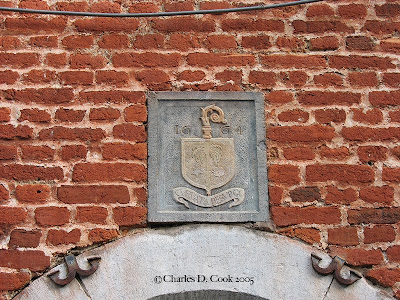 (Photo, above: the emblem/symbol of the brewery, dating

Additionally, despite preliminary reports stating that over 27,000 liters of beer was destroyed in the fire, no beer was lost. Saving the library, which is full of priceless old books, as well as the brewery and church, were priorities of the several fire brigades that fought the blaze. 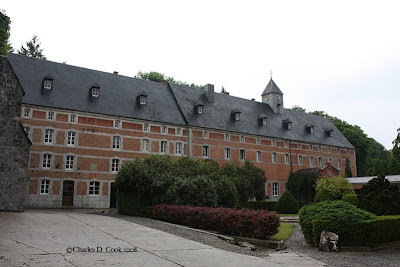 (Photo, above: one of the Abbey buildings.)

I have visited the brewery and abbey three times, in 2003, 2005 and 2008. It’s certainly a blessing that, while it was a terrible fire, it could have been much worse. 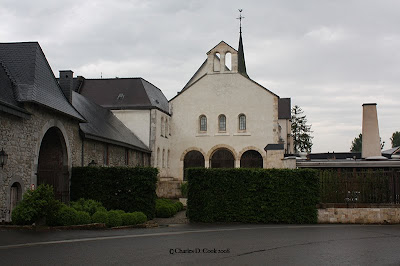 (Photo, above: the church at Abbaye Notre Dame de St-Remy.) 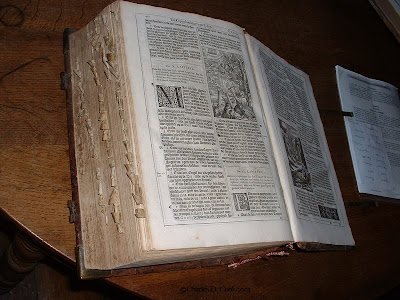 (Photo, above: an old book in the library.)