Chimay Red/Premiere on draft: an experiment from Bieres de Chimay 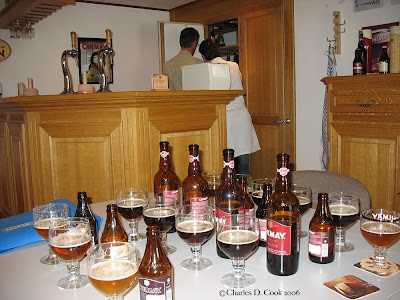 (Photo, above: This is part of the daily quality
control tasting at Chimay. This was in September
2006.) 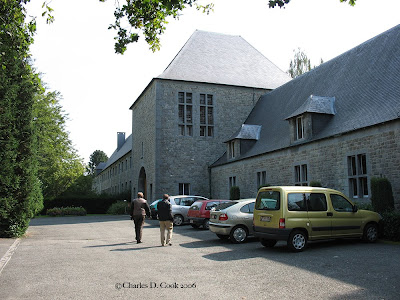 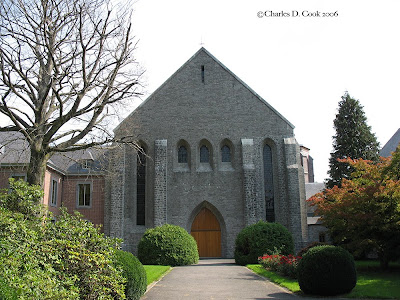 (Photo, above: the church at Abbaye Notre Dame de Scourmont.) 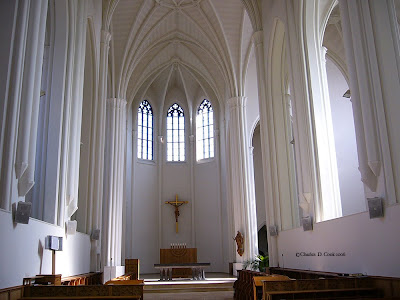 (Photo, above: inside the church at Chimay.)

Chimay's beers, of course, are brewed at l' Abbaye Notre Dame
de Scourmont in Forges, Hainaut Province. They are one of the
six Trappist Abbeys in Belgium that brew beer. 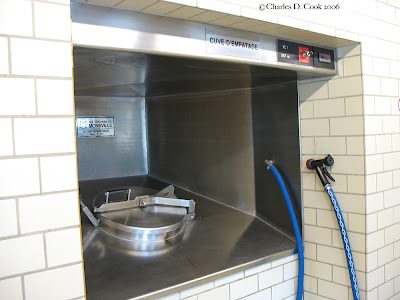 (Photo, above: a brewkettle at Chimay.) 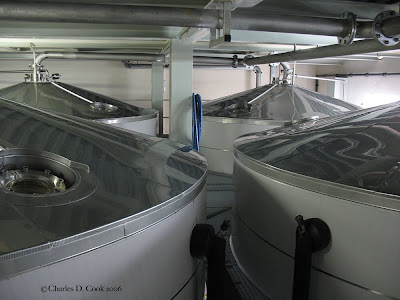 (Photo, above: brewing vessels at Chimay.)

His blog is in Dutch, so I will translate: The experiment is being
conducted at a few cafes near the brewery, namely: L'Auberge de
Poteaupre in Bourlers; La Ferme des 4 Saisons in Bourlers;
Brasserie du Casino in Chimay; Cafe des Touristes in Virelles;
and Le Grand Café in Chimay.

Chimay has been offering the White/Tripel (9% abv) on
draft for several years, and it does make sense that the
7% abv Premiere would be a good draft choice, IMHO. 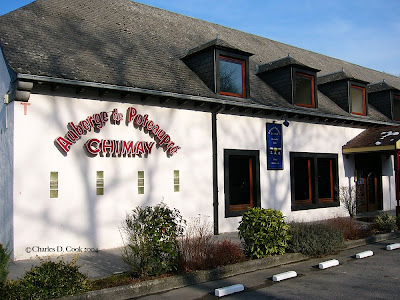 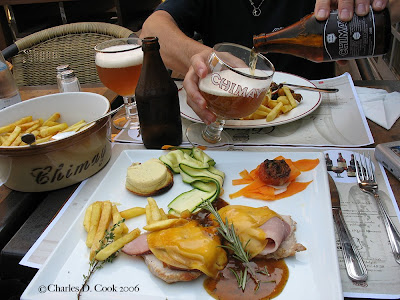 (Photo, above: a meal with Chimay Doree/Gold,
the monk's table beer at Auberge de Poteaupre.) 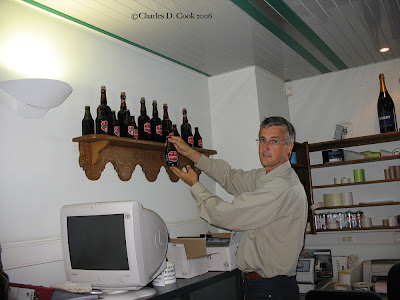 If the experiment is a success, chances are high that Premiere on
draft will be commercialized in the near future.

I visited the brewery and abbey in 2004 and 2006, and quite enjoyed
visits at L'Auberge de Poteaupre. I look forward to tasting the
Premiere on draft. 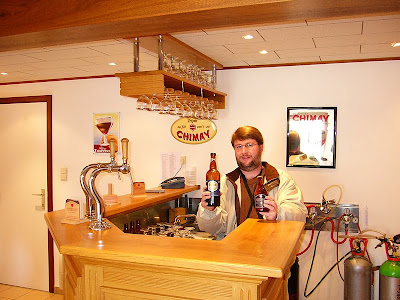 (Photo, above: me in the tasting room inside the
brewery at Chimay.) 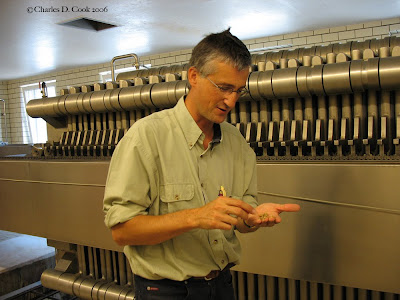 (Photo, above: Philippe Henroz with spent grain
in the brewhouse at Chimay.)
Posted by Chuck Cook at 9:14 PM