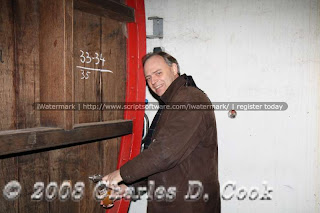 Photo: Frank Boon of Brouwerij Boon pulls a sample of young lambic from a foeder 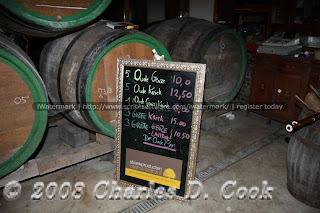 Prices for the De Cam lambic beers, inside the blendery. Really cheap!!

I visited five lambic breweries and three lambic blenderies on my trip to Belgium last month.

What surprised me the most was how tart and sour the lambic and kriek beers tasted, right from the oak barrels (foeders) at the breweries that are known for producing sweet lambics and fruit beers.

There is good news: Timmermans has produced an Oude Gueuze for the first time in years. The beer is set to be released for sale in March in Belgium. I tasted the beer at the brewery when I visited with Danny Van Tricht on November 20, and we found it superb. The beers from Timmermans-hopefully including the Oude Gueuze-will be imported to the U.S. by Belakus Imports, beginning next year.

Timmermans also is considering crafting an Oude Kriek. Judging by the Kriek we tasted right from the barrels, it will be another great beer.

We also had a superb visit to the new LambikODroom Cafe at Drie Fonteinen, as well as lunch at the great beer restaurant Boelekewis in Dworp, and the Hanssens blendery, with Lorenzo Dabove and several of this Italian friends. 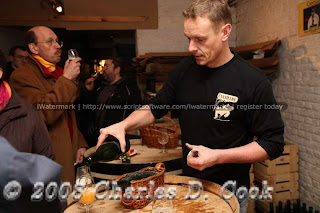 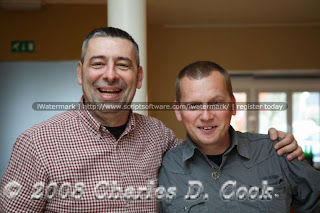 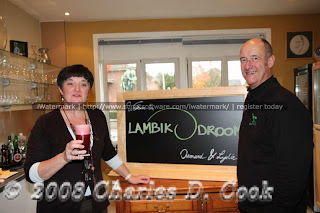 Lydie Hulpiau and Armand Debelder in the new LambikOdroom cafe at Drie Fonteinen in Beersel. 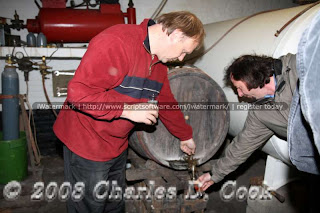 Photo: pouring a lambic at Hanssens of Dworp. 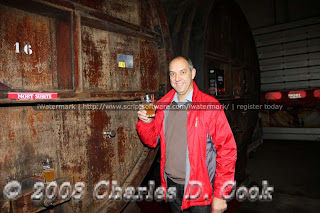 Photo: Bruno Reynders at Brouwerij Mort Subite, with a glass of lambic right from the barrels. 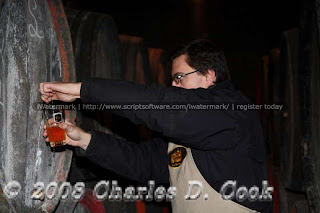 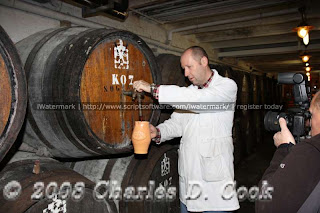 Photo: the brewmaster of Timmermans pouring a kriek from a barrel.
Posted by Chuck Cook at 5:04 PM

Great stuff, Chuck! Way to get into those places and capture the barrels.