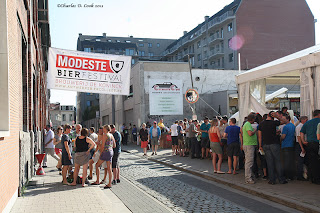 In just 15 days, a great new Belgian Beer festival will return for
a second edition. The Modeste Bier Fest, first held last October 1-2,
will again be staged on the grounds of Brouwerij De Koninck in
Antwerp. This year's dates are 6 and 7 October. I attended last year, and was very impressed by the breweries
and beers represented, and how smoothly the first time event
was run. 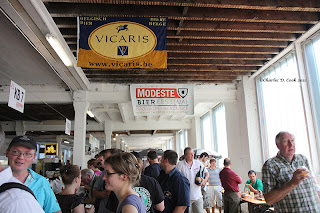 There were about 35 Belgian breweries on hand. The
Duvel-Moortgat family of breweries, such as Achouffe,
De Koninck, Duvel, and Liefmans, were, of course,
represented. Duvel-Moortgat owns the De Koninck brewery,
and has been making improvements to it since its purchase a
few years ago. 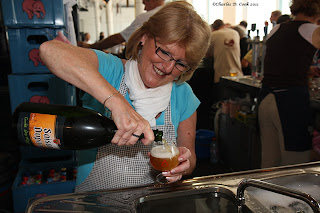 Most of the twenty members of the Belgian Family Brewers
Association were on hand as well. These included greats like
Dupont, Dubuisson, Het Anker, St. Bernardus, and Verhaeghe,
among others. 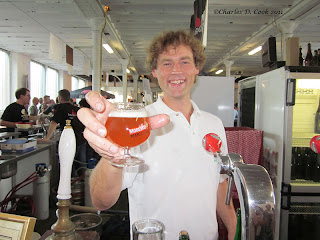 
See: here for the list of all the Belgian Family Brewers.

Small breweries were well-represented as well. "We like to help and
promote small breweries," said Hans Bombeke of 't Antwerps Bier
College (ABC) a craft beer education and promotion group. ABC
helped organize and staff the event, in cooperation with Br. De Koninck. 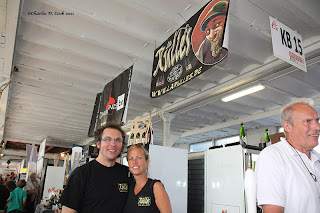 Photo, above: Gregory Verhelst, Brasserie La Rulles,
with his wife. 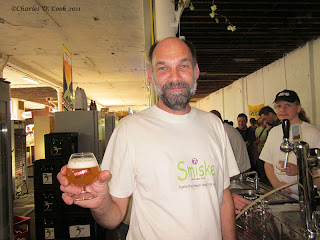 
The weather could not have been better: about 80 degrees
and sunny the entire weekend. 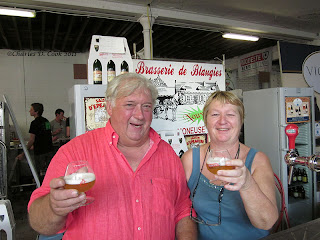 
Tours of the De Koninck brewery were given on a regular basis
throughout the weekend, in several languages. 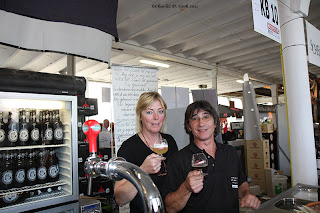 Photo, above: Tine (left) and Pol of Brasserie Inter-Pol.


Belgian beer luminaries such as Sven Gatz of the Belgian Brewer's
Association, Duvel-Moortgat CEO Michel Moortgat, Chris Bauweraerts
of Achouffe, Professor Denis de Keukeleire, and others were on hand
to bring in the new fest as well. 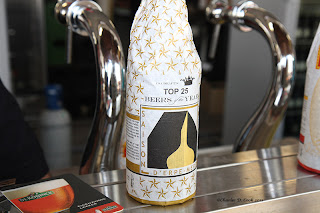 Food was available as well, in the form of a number of vendors.

A look at the 2012 fest shows about 40 breweries plan to be on hand.
The event runs from 11 am to 7 pm both the Saturday and Sunday.
See: here for more info, and here for even more photos!

It's really very nice post and this festive also awesome