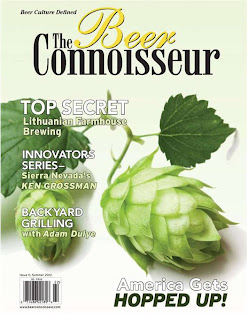 Well, back after a couple of weeks. Busy summer. :)

I'm happy to report that I have a 1,200 word piece on Brouwerij
Koningshoeven, better known as La Trappe, in the new (summer)
issue of Beer Connoisseur Magazine. 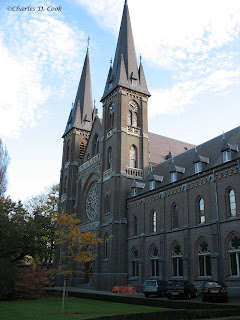 
It's not in Belgium, but it is a Trappist brewery. In my opinion,
a great one, who's beers continue to gain popularity in the
Netherlands, Belgium, and many other European countries.
And, of course, on this side of the pond. 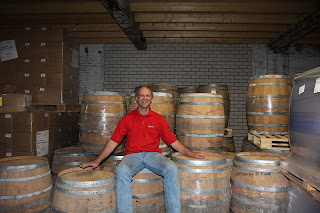 (Photo, above: Lodewijk Swinkels, brewmaster
of La Trappe, with some oak barrels.)


La Trappe's Oak-Aged Quadrupel series has been a big hit, and there
is much news in the article about 2012 and 2013 releases. Exciting
news.

On that alone, you should buy a copy of this issue, if you are not
already subscribed. If you are, way to go. 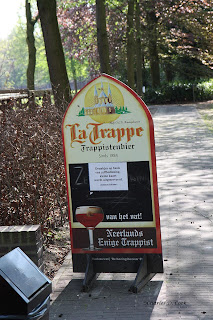 The production quality of the magazine has remained at the same
high level since I wrote about Belgium in the debut issue, and
Max's Taphouse in issue 2. Glossy photos, high-quality page stock,
and some of the best authors in the beer world. 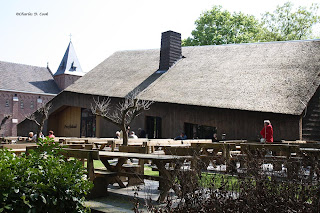 (Photo, above: the Proeflokaal, or tasting cafe, at
Abdij Koningshoeven, aka La Trappe.)


The story on Lithuanian farmhouse breweries looks very interesting as
well, as do others about Sierra Nevada's Ken Grossman and one on hop
growing in America.

Editor Jonathan Ingram did a fine job in putting the issue together.

Copies/subscriptions can be purchased on-line here and at bookstores
such as Barnes and Noble.
Posted by Chuck Cook at 4:57 PM

Nice blog. Keep it up! the brewery is cool.