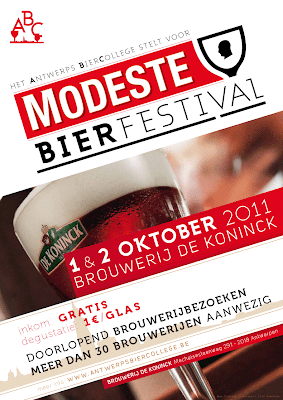 The city of Antwerp has long been known as the home of the “bolleke” which is local slang for a glass of Brouwerij De Koninck’s Amber ale, served on tap in a distinctive glass similar to a chalice in style. This 5% abv, amberish pale ale has been the session beer of the city for decades. 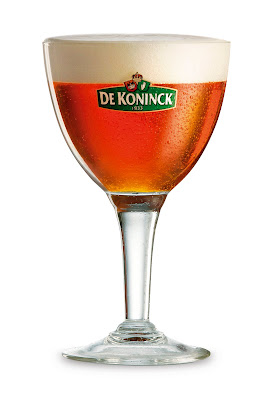 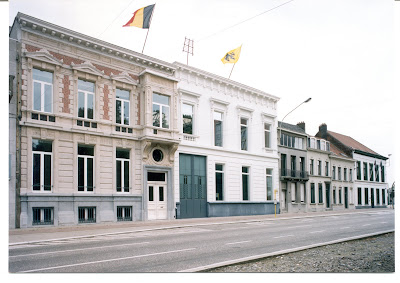 (Photos, above: a Bolleke of De Koninck and Brouwerij De Koninck.)

For years Antwerp was also the home of the 24 Hours of Belgian Special Beer, a great festival that was the country’s premier beer event. I attended five times. The 24 Hours fest was last held in 2002, when the OBP, the group that organized the fest, folded up. 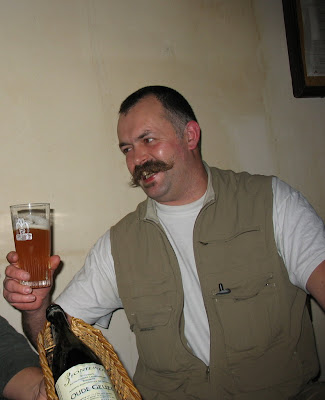 A few years ago, ‘t Antwerps Bier College (ABC) a Zythos-affiliated, beer appreciation and promotion group, was formed. ABC, with the support of Brouwerij De Koninck, has decided to organize a new beer fest, to be held on the grounds and buildings of the brewery on October 1 and 2. I know they are capable of such a task, as Hans Bombeke, formerly of the ‘t Waagstuk café in Antwerp, is their chairman. 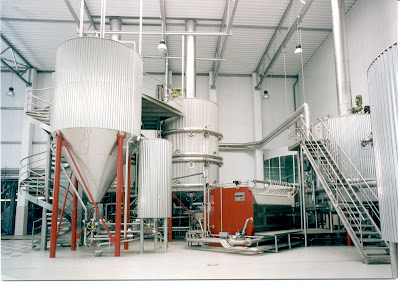 (Photo, above: the brewhouse at Brouwerij De Koninck.)

Hans has long been involved in the Belgian beer world. He told me: “The purpose of the fest is mainly to promote small breweries with less than 2,000 hl of production each year. Hof ten Dormal, Inter-Pol, Drie Fonteinen, De Cam, Les 3 Fourquets and Verhuisbrouwerij are just a few that are already signed up for the event. There should be 30 or so small breweries participating, with different ones Saturday and Sunday,” he continued. See antwerpsbiercollege.be.

The 15 members of the Belgian Family Brewers (belgianfamilybrewers.be) are also invited. Additionally, Achouffe, Duvel, Liefmans and of course De Koninck, will be represented.

The event will run from 11 am to 7 pm both days. Serving size is 15 cl, and will cost only one euro. There will be beer and cheese pairings, with other gastronomic meals available. Several special guests, such as Michel Moortgat, Chris Bauweraerts and the hop researcher, Professor Denis De Keukeleire of the University of Ghent, will speak on various topics.

Brewery visits will be offered throughout the festival weekend. See: dekoninck.be.

It will definitely be one of the first times in Belgium that a brewery invites other breweries to show what they’re capable of inside the walls of the brewery and we believe this is a positive signal towards our colleagues in times where the competition can be harsh.

On the 1st and the 2nd of October 2011 in the buildings of Brewery De Koninck: Mechelsesteenweg 219, Antwerp, Belgium.

With this beer festival we’d like to honor Modeste Van Den Bogaert, a brewing monument in Belgium, who deceased exactly one year ago on the 1st of October.

We’d also like to offer a forum to the “Modest(e)” craft breweries in Belgium.

Belgium wouldn’t be such a beer country!

For this beer festival we also get the support and presence of the Belgian Family Brewers as well as Brewery Duvel Moortgat.

Taking in consideration the unique location of our beer festival, we can also propose brewery visits throughout the festival.

And we even asked the brewing masters of Brewery De Koninck to guide some technical brewery visits for the specialists.

In the margin of the festival there will also be held some interesting lectures such as:

- The presentation of the new book: “Antwerp Beercity: the history of brewing in Antwerp”.

- Sven Gatz (President of the Belgian Brewers Association): “The future of our

Furthermore there will be some interesting beer and cheese pairing sessions led by two of the best cheese refiners in Belgium!

Some hotels give a special arrangement that weekend: www.antwerpsbiercollege.be

We hope to see you there !!

(Note to readers: I don't know why the text and

formatting is so off on this post, but I know I

won't be using Safari again to make a post. Back to

Firefox or Camino in the future.)

Is it necessary to make reservations for the festival?

Our Beer Club (www.club-belgique.co.uk) went to the festival and thought it was a great idea. Will the festival run every year?