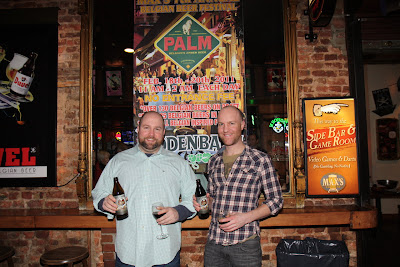 
I haven't posted in several weeks, mainly because I was working on
a big project for Max's Belgian Beer Fest which will be this weekend
here in Baltimore.

I will have a Powerpoint slideshow which will run on Max's
brand-new big-screen TV downstairs on a continuous loop, all
weekend long.

I will only be showing images from Belgian breweries which will have
beers available at the event.

There will be either 62 or 63 breweries in the show, with over 900
slides total. Each brewery will have a title slide, so there will be over
800 images from these Belgian breweries shown.

At 5 seconds per slide, it will take over an hour for a complete run
of the show.

There are actually close to 70 different Belgian breweries
represented this weekend, but I'm afraid I've run out of time to get
them all in.

Max's will have over 150 different Belgian beers on draft over
the weekend, as well as over 175 in bottles.

There will be a special guest in the slideshow....care
to guess who?

Max's will debut its 25th Anniversary Ale, brewed by
Brian Strumke of Stillwater Artisanal Ales, which will
celebrate its First anniversary at the event.
The beer is called 25 to One. 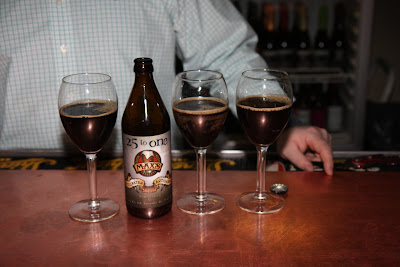