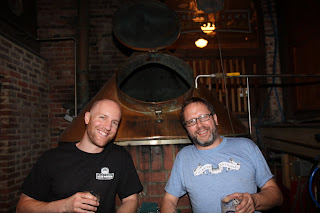 Photo: Brian Stillwater and Steve Jones, in the brewhouse at Pratt Street
Alehouse.


On April 27, I was on hand as Brian Strumke of Stillwater Artisanal Ales teamed up with Steve Jones of Pratt Street Alehouse (Oliver's Ales) to craft "Channel Crossing Belgian Bitter." 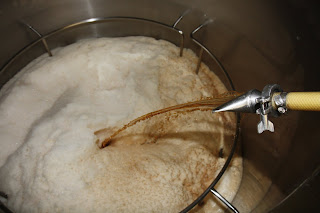 Wort flowing into the fermenter.

OK, my interest is piqued, I'll admit. Even more so when I read Steve's blog http://www.prattstreetalehouse.com/news/ this morning, which mentions several different dry-hopped firkins of this brew:

"We hope that you will be able to join Brian of Stillwater Artisinal Ales and myself on Thursday evening from 6pm to celebrate the launch of our Channel Crossing Belgian Bitter. $5 will get you your first fill and a souvenir glass and refills are $3 thereafter. The beer will be on draft and in cask in a firkin with French Oak and three pins dry hopped with Czech Saaz, Kent Goldings and Bramling Cross respectively. Celebrate American Craft Beer Week in style with us." 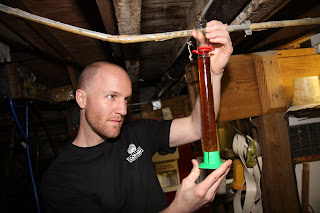 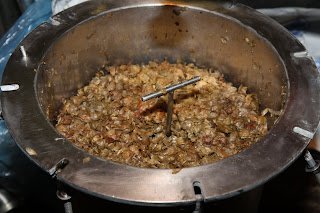 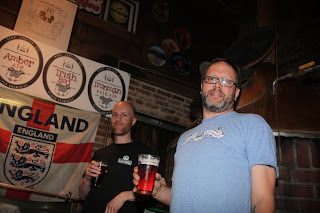 Steve and Brian having a beer break. 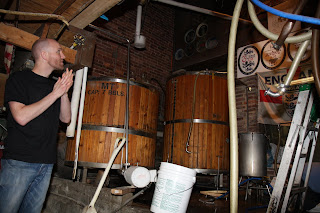 The brewhouse at Pratt Street Alehouse. 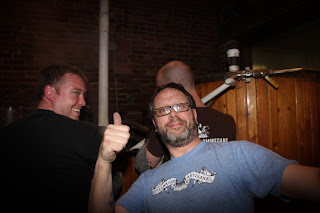 Thumbs up from Steve!

See you all Thursday night!
Posted by Chuck Cook at 6:39 AM

Great blog post, love the pics! Keep it up!