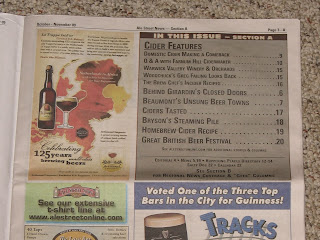 Well, I'm back after nearly 2 weeks. I was really busy getting ready for the GABF (which was amazing; I tried so many great new sour beers from all over the U.S.!)

I have a nearly 2,000 word article on Brouwerij Girardin, one of Belgium's great lambic breweries, in the October/November issue of Ale Street News.

As you'll read in the article, I was the first beer writer allowed to tour the brewery since the late Michael Jackson in 1993.

While editor Tony Forder only had room for a couple of photos with the article, rest assured I have many more: high-resolution 12 megapixel shots in both the lambic and pils brewhouses. You'll see these in future articles in other publications!

To read this article, you'll have to get a copy of Ale Street, which is available at great bars, brewpubs and breweries, especially here on the East coast and the Midwest. 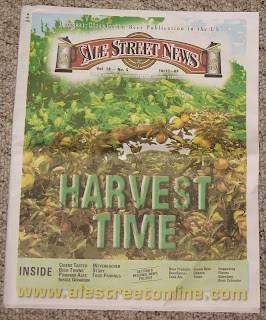