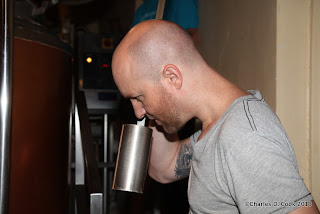 
Brian Strumke, the gypsy brewer behind Stillwater Artisanal Ales,
and The Brewer's Art have teamed up again to produce a couple
of new beers. 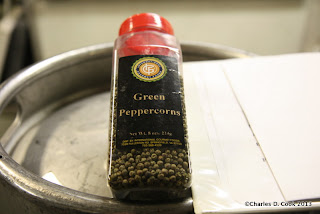 "This is sort of a 'remix' of each other's beers," Strumke told me
on Tuesday, September 17, during the collaboration brewing day
at Brewer's Art, in Baltimore's Mt. Vernon neighborhood. 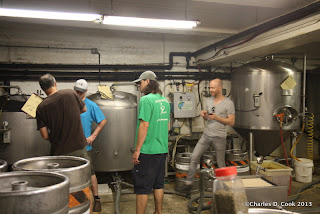 "I came up with a take on their Green Peppercorn Triple. It's going
to be Green Peppercorn Single. It's a golden ale using Tettnang,
Styrian, Hallertau, and Sterling hops, with dried green peppercorns
added. It will come in at around 4% abv," Strumke remarked. "It
should debut during Baltimore Beer Week in October," he added. 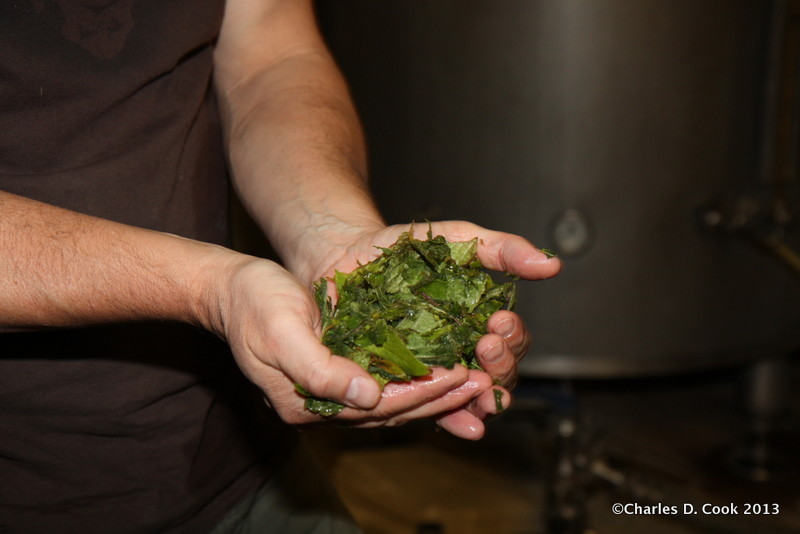 Photo: some of the sage from Steve's garden


Brewer Rob Perry of Brewer's Art stated: "We brewed a beer called
'Down Bar Door' which is our take on Stillwater Cellar Door. It's
brewed with Amarillo and Citra hops, and sage from my colleague
Steve's back yard. It will clock in at 4.5% abv, so is very sessionable
as well. It should on tap here next week." 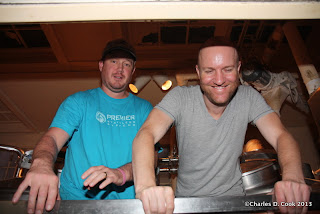 
Around eight barrels of each beer was produced.

Both beers should be available at Brewer's Art and Of Love
and Regret, Strumke's bar/restaurant in Canton.
Posted by Chuck Cook at 11:56 AM