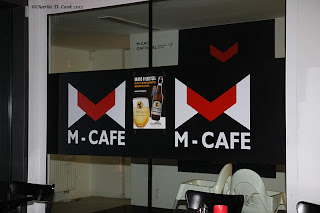 Well, it's less than 2 weeks now to the second time the
Zythos Bier Festival (ZBF) will be held in Leuven, Belgium. 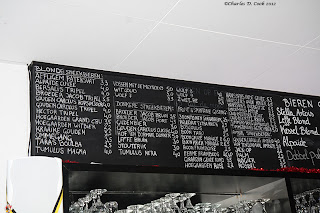 (Part of the beer board at M Cafe.)


Leuven has embraced the festival like previous cities never
did, as it promotes it own beeriness at the same time. 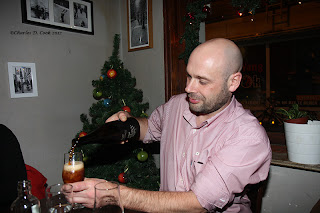 See my new article in Celebrator Beer News, "The Bars and
Breweries of Leuven, Belgium" here for more info about the
cities' pubs and local breweries in the region. 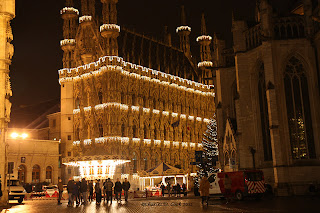 So just what is "Extra Muros"? Well, the city of Leuven got together
with local beer speciality bars and members of the local beer
appreciation and promotion club, LBT (De Leuvense Biertherapeuten-
"The Leuven Beer Therapists"-see here for more info) to develop
events in the city worth a diversion during the ZBF weekend,
April 26-28.

During that weekend, bars in the city will offer beers that are not
available at the fest, as well as several tastings and other events.
About twenty bars are involved in Extra Muros over the weekend.

I expect that Friday night, April 26th, will be very busy, as the fest
starts the next day.

I know that Extra Muros will be a hit for beer lovers, as I have been
drinking....I mean, researching, beer with LBT members, such as
Luc Smekens and Steven Vermoere, for about 15 years. They know
beer and they know Leuven, so it should be a fun, beery time.
Be there. Tell 'em I told you so.
Posted by Chuck Cook at 4:28 PM